This is a guest post by Blake Sanders . If you want to guest post on this blog, check out the guidelines here.

A smartphone for business or personal use is a must in today’s digital world. Major innovation in mobile phone technology has made choosing the right phone and service more difficult than in the past. Matching your needs with the right phone takes some thought. Consider the following before making your purchase. 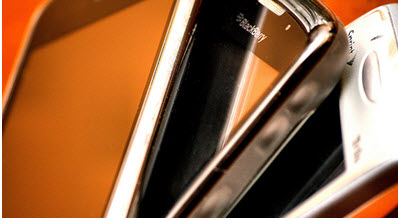 The carrier is the first and most important step in the smartphone decision-making process. It may ultimately determine which brand or model of smartphone you decide to purchase.

Most people want the carrier with the best coverage that is used by many friends and family. Others may have a preference for a particular set of features on a certain device, and that device may only be compatible with a single carrier. It all comes down to what works best for the individual.

Contrary to many popular claims, some carriers do not have nationwide service. There are many rural areas and select pockets that are “dead zones”, and if you happen to be living in one of these areas and have the wrong provider, you may as well not have a phone. The best solution would be to do a comparison online of providers in your area. User reviews, especially around your local community, are excellent predictors of the best carrier for you.

Other options include prepaid plans and sim only plans. For users on a budget who still want the full smartphone experience, you can find prepaid plans that do not bind you to a lengthy contract. There are also sim only iPhone deals that allow users to buy just a sim card if they have an existing handset. This can be a great option for users on a limited budget or wanting more flexibility when they travel.

Currently, Apple’s iOS and Google’s Android are the leading smartphone platforms in the market. There are advantages and disadvantages to both.

iPhones have the best overall experience with a nifty user interface and nearly 500,000 apps to choose from. However, the iPhone is currently offered by only two two carriers, AT&T and Verizon (with Sprint expected to pick up the iPhone in the near future), both of which limit the phone to 3G data speeds. iOS is also a closed environment, which can make some users feel stifled, unless they choose to jailbreak the phone.

Android phones offer larger screens, 4G speed, GPS, and an open source environment for those who like to tweak the user experience. The downside is the app market is not as robust, though many popular apps in the iTunes market are also available for Android. Bugs, along with bloatware installed by carriers, can be a nuisance, as can the hit and miss updates to the OS.

Other platforms to consider are Blackberry and the Windows Phone 7. Blackberry still holds a large chunk of the US market but it is losing ground because enterprise and email devices are not as important as they used to be. Windows phones have not yet captured a wide audience but as they are still relatively new, time will tell whether or not they will be successful.

Smartphones with touchscreens may be slimmer and lighter than devices with QWERTY keyboards. Touchscreens also allow for better video playback, smoother browsing, and uniformity for developing apps. Some heavy messaging users do find touchscreen typing to be difficult and prefer a regular keyboard over a virtual one. It simply comes down to user preference. A phone with a QWERTY keyboard will have far less screen real estate than one with a touchscreen.

With all the bells and whistles on most smartphones, it is easy to forget that the device should be able to make calls. Researching phone reviews before purchase will give an idea of the overall performance by any given model. A good rule of thumb to remember is a phone with average to poor call quality will be useless in an area that has minimal coverage, while a phone with excellent reception quality will do well even when there is little signal to work with.

The major mobile carriers subsidize the cost of popular and expensive phones if the user is willing to sign a long term contract, usually two years. The bad part about this is the user is locked into a single carrier and is subject to credit approval.

One way around this issue is to consider a prepaid, no-contract phone. This is a good choice if the user does not require a top of the line phone and lives in an area with decent cellular coverage. A third option is to look for sim only plans. This concept is still very limited in the USA and offers a sim card with unlimited talk and text for a fixed length of time as long as you have an existing handset. This is a good option for travelers.

Blake Sanders is a tech writer at comparison site Sim Only, where he specializes in mobile phones, industry news, and sim only iphone deals.