It was an unusual boring night for me 🙁 , after an hour of rolling around my couch switching between   channels planned to have some time killer, yes, the game.  The games already in my phone added weight to that boring night. I searched for a new game. At that time I found a game named Agar.io. The name itself seems different and the screen shots made me crazy to try it. 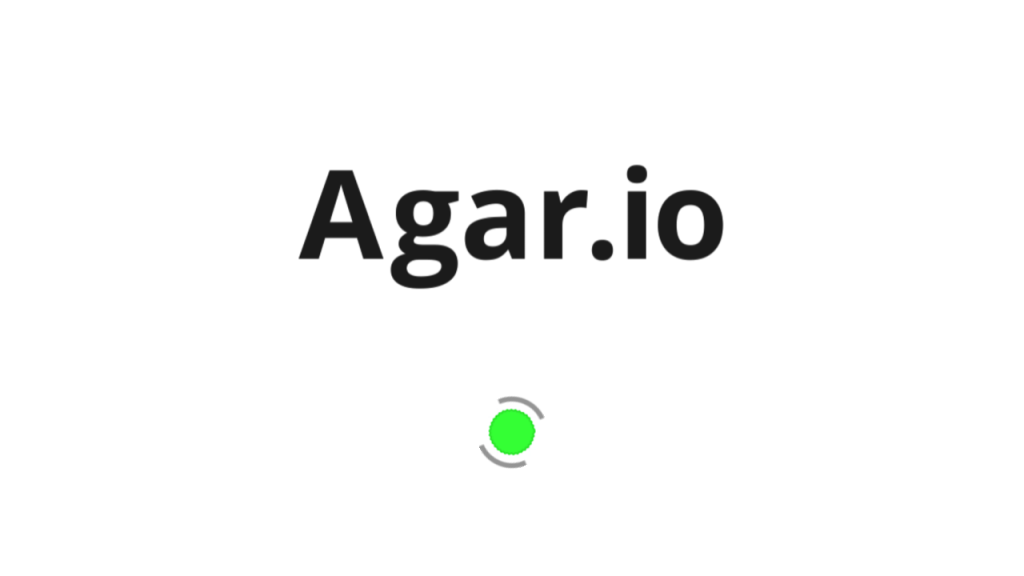 I downloaded it, right from the welcome screen it resembles to be a classic game. But its really not. My first play made me crazy over it. Agar.io – a simple light weighted game with limited graphics but with full of fun guaranteed.

Agar.io – this game is simply based on the concept of “Survival of the Fittest”. Before you get into the game you must have some basic knowledge over the mass.(Mass is a property of a physical body which determines the strength of its mutual gravitational attraction to other bodies). The Body with higher mass attracts and swallow the the other bodies with comparably lesser mass. But these bodies with higher mass only move slowly due to its over weight. But the smaller one move much faster than the bigger one.

Its the game time.. before start playing you have to choose a name and I’m ready with the name “suri”. 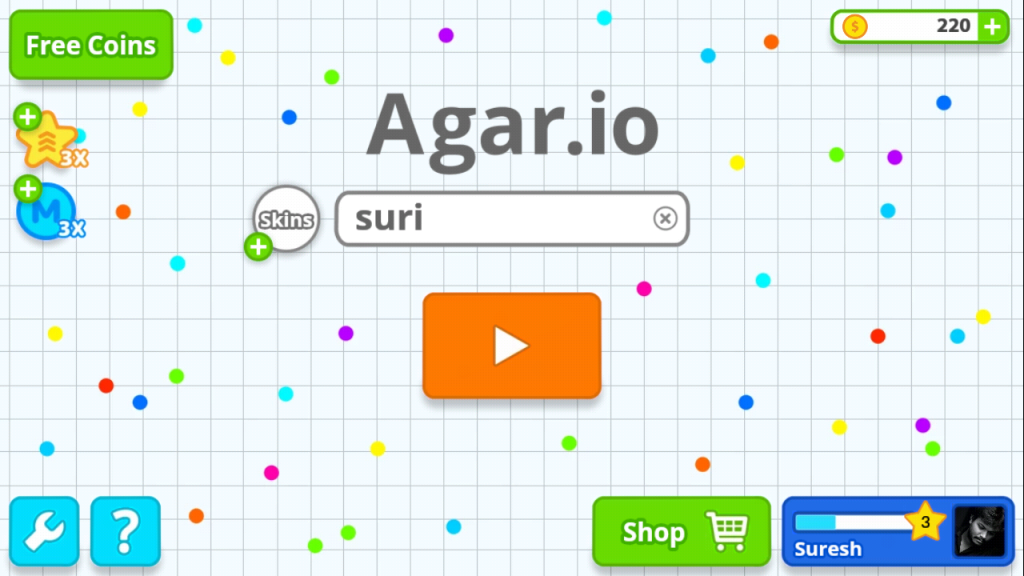 The another good thing is a much simplified controls. Swipe to move the body. You have two buttons, one to split your mass into two and another is to eject some mass to make your movement faster. You have certain boundaries which restricts you from crossing the allocated area. 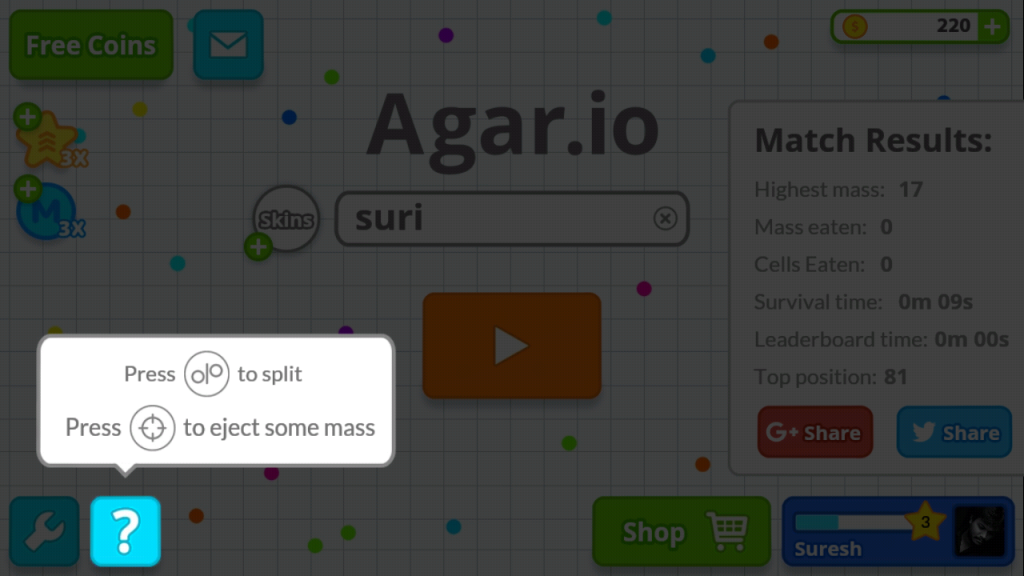 You have to run away from bigger guys and start consuming the smaller ones to increase your mass. More you consume others, make you more stronger. You can also consume the smaller free bodies floating inside the boundaries to make you big. 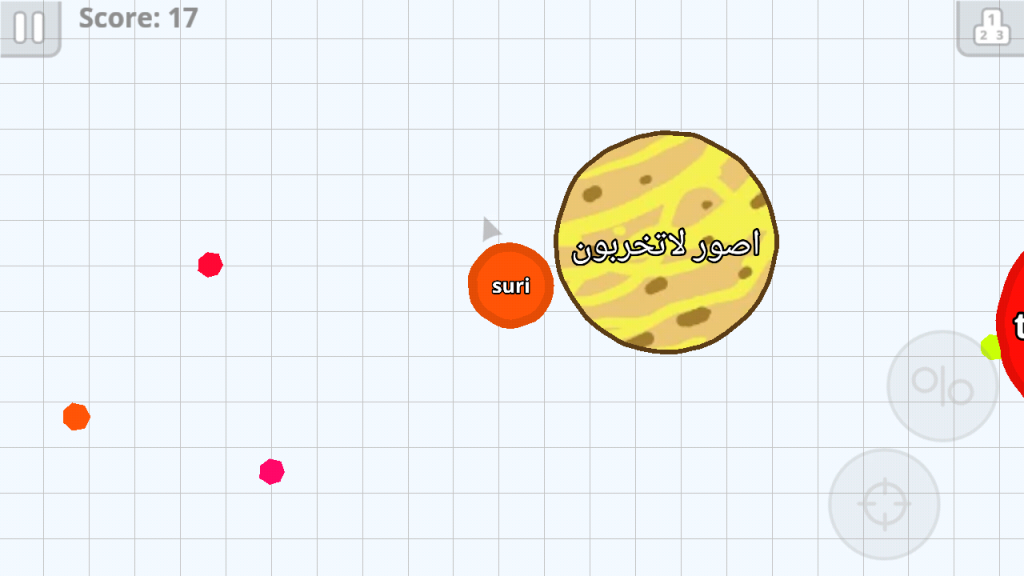 You can make yourself much stronger easily by purchasing the boosters available in the shop.

The game is so simple than what I expected. But the craziness I felt that night is amazing. ;).  LOL !!! The whole night I was running for life but some how pissed off  by the huge guys with mass. This temped me to play more and more just to increase my survival time. Make a try and have fun. !!!!