This is a guest post by Lauren Bailey . If you want to guest post on this blog, check out the guidelines here. 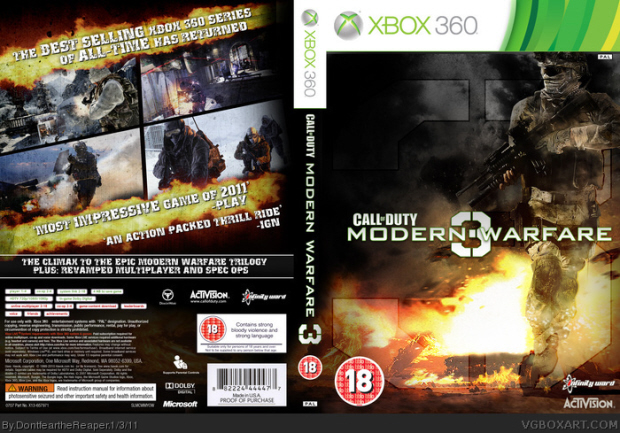 And the war to protect that release has already begun in the form of a battle that will determine who can ultimately control an unaffiliated website at parked at the modernwarfare3.com domain, the current owner of which, according to a complaint by Activision, has infringed upon trademark and also engaged in unfair commercial activity.

According to the complaint, which you can read at Fusible, Activision believes that the owners of modernwarfare3.com unfairly used the site to send traffic to Modern Warfare 3‘s main competition, the video game Battlefield 3, produced by Electronic Arts.

The site in question has also been vocal in its criticism of Modern Warfare 3, saying it’s simply a retread of previous games in the Call of Duty series.

The trouble started when, for some reason, the owner of modernwarfare3.com began directing all traffic to the Battlefield3 domain. Once this happened, Activision felt it had no choice but to file its complaint with the National Arbitration Forum.

Activision believes that the owners of modernwarfare3.com began redirecting traffic to its main competitor because the owners were angered by a previous copyright takedown notice that Activision had sent them regarding copyrighted material earlier in the year.

It’s still too early to tell what exactly will happen regarding this dispute; however, you can be sure that Activision will do everything they can to protect their investment. After all, Call of Duty: Black Ops was the highest grossing video game release of all time, earning the company around $1 billion in sales six weeks after its release. Activision no doubt hopes for similar success with this Modern Warfare 3 title in November.

This guest post is contributed by Lauren Bailey, who regularly writes for best online colleges. She welcomes your comments at her email Id: blauren99 @gmail.com.