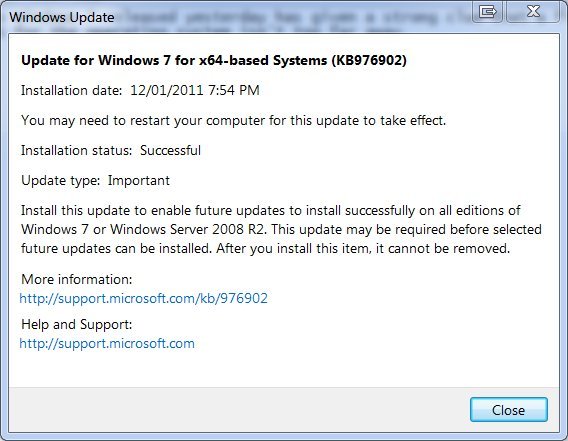 An update to Windows 7 released yesterday has given a strong clue that a final release of the first service pack for the operating system isn’t too far away.

”This update is necessary to successfully install and to remove any service packs to all versions of Windows 7 and on Windows Server 2008 R2,” the page reads.