We bring to you an interesting battle between flagship phones from Blackberry and Sony. Both of these manufacturers are putting big bets behind them. Z10 is only hope for Blackberry to get back into smartphone game, which it itself started with its QWERTY phones. On the other hand, since its split from Ericsson, Xperia Z is the first phone from Sony targeting premium range as its earlier smartphones like Xperia T, P, U, etc. were in the low-end and mid-range. While, these phones are very important to their parent company to prove their mettle, at the same time they also face a lot of challenge from other flagship phones like HTC One, Samsung Galaxy S4, Nokia Lumia 920, etc. Without further ado, let’s compare the Z10 and Xperia Z. 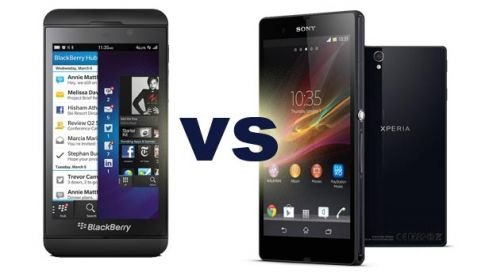 Z10 seems just like any other smartphone present in the market with its black glass and plastic design. Measuring 130 x 65.6 x 9 mm with a weight of 137.5 g, Z10 is neither heavy like Lumia 920, nor feather-light as the iPhone 5. The phone back featuring rubberized plastic provides decent level of grip. The back also sports an 8MP camera with LED flash, with shiny Blackberry logo in the middle. Removing the back cover, gives access to microSIM and microSD card slots. The right side of the Z10 has a triple button setup with volume rocker keys separated by a central key used for play/pause the music. Left side of the phone has connectivity ports of microUSB and miniHDMI. On the top, one will find power/lock key with 3.5 mm jack for headphones.

Xperia Z10 gives a distinct feel of a premium product due to its superb design. But, that also makes it a fingerprint magnet. It measures 139 x 71 x 7.9 mm and weighs 146 g making it pretty heavy. The front of the phone features a SONY logo along with a secondary camera and a large screen. The rear has a primary camera with flash, Sony Xperia logo and NFC badge. The right side of the phone houses a SIM slot and volume rocker with a metallic power button. The left side have a microSD card slot and charging port. The top have a 3.5 mm headphone jack. One of the best Ups of Xperia Z is its water and dust resistance. Hence, all its ports are covered by a protector. It is available in Black, White and Purple colors. 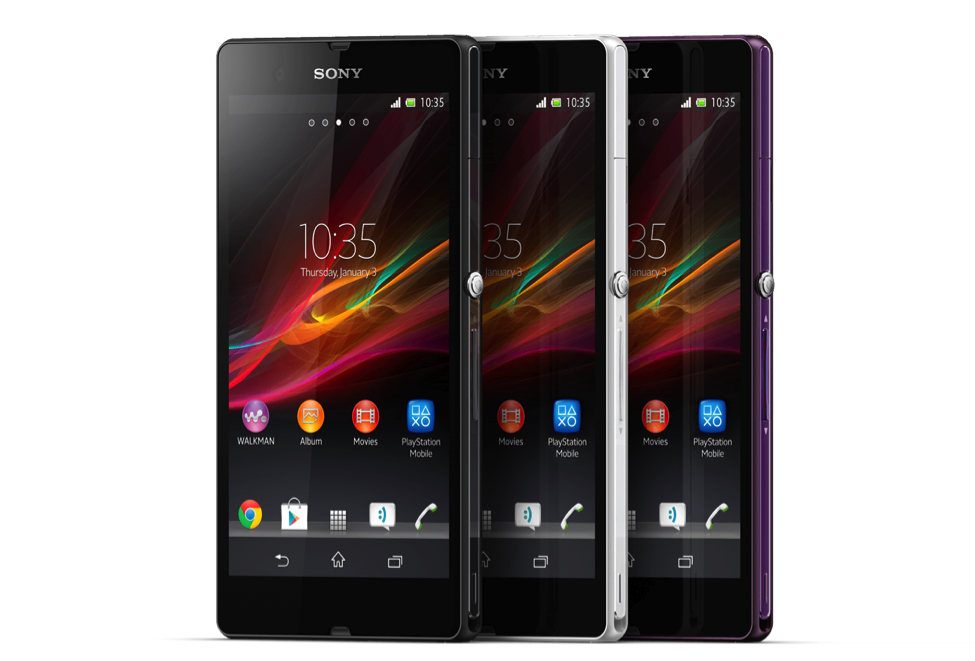 The Z 10 is powered by a 1.5 GHz dual-core Qualcomm Snapdragon processor with Adreno 225 graphics processor. It has a 2 GB RAM. Internal storage is of 16 GB with option for external storage of up to 32 GB. On connectivity front, it offers Wi-Fi, Bluetooth 4.0, GPS and NFC. The primary camera is of 8 MP with LED flash capable of taking videos of 1080p@30fps. Front-facing camera is of 2 MP useful for video-calling and capable of videos of 720p@30fps. The Z10 sports a 4.2 inch screen with resolution of 768 x 1280 equating to pixel density of 355 ppi. It has a Li-ion battery of 1800 mAh.

Xperia Z runs on Qualcomm chipset with 1.5 GHz quad-core CPU accompanied by Adreno 320 GPU. It has a RAM of 2GB. It has in-built storage of 16 GB with expandable memory up to 64 GB. Connectivity options include Wi-Fi, Bluetooth 4.0, NFC and GPS. Xperia Z sports a 13.1 MP rear camera with auto-focus and LED flash capable of taking videos of 1080p@30fps. It also has a front camera of 2.2 MP which is also capable of shooting videos of 1080p@30fps. It flaunts a massive 5 inch HD screen (1920 x 1080 pixels) with density of 441 pixels per inch. It is powered by non-removable Li-ion 2330 mAh battery. 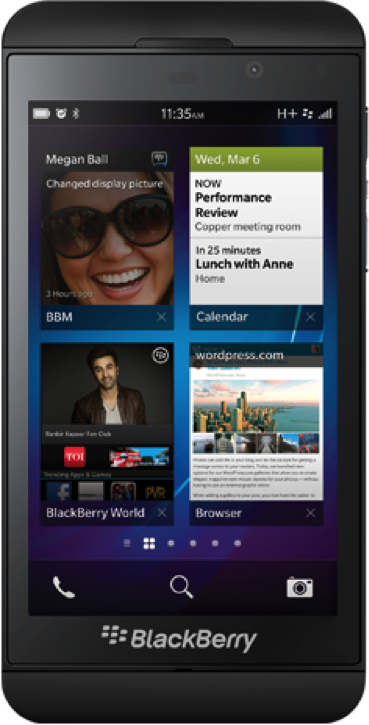 Blackberry Z10 runs of latest version of Blackberry OS- BB OS10, which is very different from its previous version of BB OS7. The OS makes heavy use of gesture based interface. Instead of tradition menu, one have to move sideways finding four frequently-used apps, all apps, Blackberry Hub (centralized place for calls, texts, emails, BBMs, etc). Similar to Android, it features quick toggles for turning on or off Bluetooth screen rotation, Wi-Fi, etc. For closing the apps, one has to slide the app from bottom to the middle, since there is no physical button. The number of apps present in Blackberry World is good but still very less in comparison to Android and iOS with popular apps like Instagram and Netflix still not available.

Sony Xperia Z runs on almost latest version of Android- 4.1 (JellyBean), with manufacturer promising an upgrade soon. It has little bit of customizations from Sony and few apps like Walkman music player and more. One will surely like Small apps feature which opens few apps like Notes, Countdown Times, etc. on top of the app you might be using, without even the need to open that app from menu. It features all the standard Android features and have an awesome app support with count more than 700,000 apps in Play Store.

It’s a clear choice between the two. Unless and until you are a big Blackberry fan, Xperia Z is better in almost all aspects from hardware perspective and Android software have already proved itself. The price of Sony Xperia Z is also less than the Blackberry Z10, giving a superb value for money with powerful configuration.

Author: This was posted by Julia. Her passion for upgrading her knowledge puts her to research on topics relevant to her industry. Besides, she also likes to share her findings by writing about them in her free time. Also you can compare Sony Xperia Z and Blackberry Z10 here.