QWERTY or touchscreen – which do you prefer? The debate rages on, and a consensus is yet to be reaches.

PDAs with touchscreens have been around for years, but not until the launch of the iPhone in 2007 did the technology really become usable, and the craze really take off. However, the iconic QWERTY keyboard still retains its popularity, and the divide has become a source of contention between mobile users. 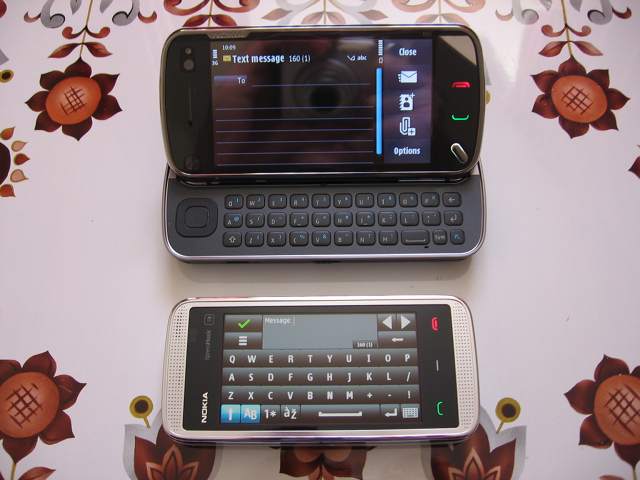 Touchscreens offer a number of advantages. The QWERTY keyboard was originally developed to slow down typists in the days when print hammers could get tangled – touchscreens abandon these outdated concerns. The sleekness and simplicity of just one screen is also better suited to devices largely used for consuming rather than inputting content. However, many tech aficionados complain that touchscreens lack the tactile familiarity of a real keyboard, as well as slowing down the speed at which emails or text messages can be sent off.

If you do prefer keyboards, there are still a number of factors to consider. Keys are large enough for your fingers, enough space between the keys, and the amount they depress can all affect how easy the keyboard is to use. Keyboard phones are also likely to be wider than those with a touchscreen, so if compactness is important for you, you might want to think again.

If you’re still undecided, perhaps the best bet is a phone that combines the convenience of a touchscreen with the old-school reliability of a QWERTY keyboard. A number of phones tap into this need – for example, the new BlackBerry Bold 9790 (otherwise known as the BlackBerry Bellagio) offers a responsive touchscreen as well as the classic BlackBerry QWERTY keyboard. A number of Android phones also offer both input methods, but it’s unlikely that Apple are ever going to ditch the touchscreen-only build that’s brought them so much success and inspired so many copycats.