We know Nokia a great legend in mobile market, Few Weeks before Nokia announces they are going to make Windows 7 Phone as its primary OS and it announced Symbian Source code to developers few days back. Now nokia reveals new concept phones, i thought to share with you.

Designed by Jeremy Innes-Hopkins, the Nokia Kinetic concept phone turns digital information into kinetic energy by way of the electromagnet in its base. In normal speak this basically means that when a call is received, the weight in the base can be shifted and the phone rises. Don’t want to take the call? Just tap it back down. 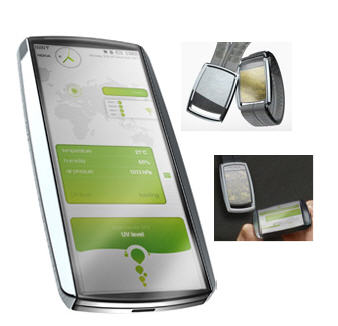 Not only would the Eco Sensor concept let you stay connected with your family and friends, it can also keep you in the know with your health and local environment.

The concept consists of two parts: a wearable unit which can sense and analyse your surroundings, and a mobile phone. Sound fun?

The wearable unit would be worn as a wrist or neck strap and made from solar cells that provide the power to sensors (near field communication).

Billed as a mobile communication device that works on a multi-sensory level, the Nokia Scentsory aims to  provide a multi-layered experience for the user, including audiovisual features, but more impressively the ability to detect, transmit and emit smells!

When the phone is in flat mode (opened flat), the LED touchpad, two screens and stereo speakers for audiovisual calls are accessible. In open mode, two screens with hidden camera and stereo speakers, interior scent detectors, emitter and exterior temperature sensors are revealed. Finally, in closed mode, the phones slim profile befits traditional voice calls, with the LED screen on the lower folding surface alerting the user to incoming calls. 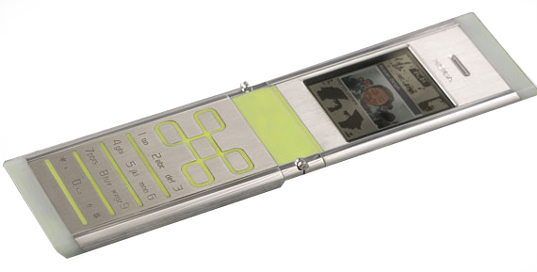 In the world of environmental recycling, anything is fair game and that includes mobile phones. It may have been a couple of years ago, but the Nokia ‘Remade’ is a concept phone designed almost entirely from recycled materials.

Built from aluminium cans, plastic drinks bottles and even old car tires the ‘Remade’ retains a minimalist look. Even the insides are designed to minimise waste such as the printed electronics (which reduce CO2 emissions) and a backlit display that saves energy and increases the life of the battery. 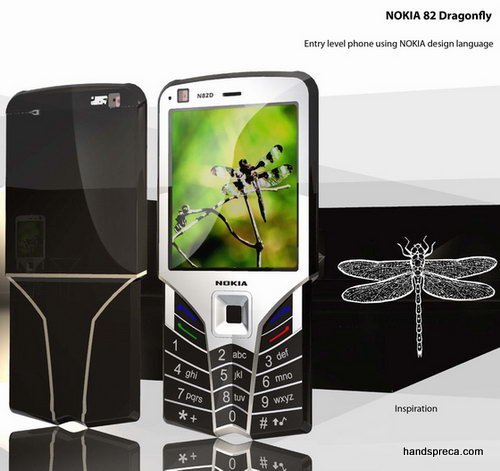