You have probably heard about Angry Birds. The game gained nationwide attention and become a famous around the world like the original Super Mario Bros. in the ’80s. Even non-gamers will be familiar with is a game on iPhone and other smartphones called Angry Birds. You may be surprised to find that such a simple game has gained worldwide fame, you’ll quickly understand why it’s so popular when u try it out. Its a quite simple awesome game, you will become addict to it to finish all the levels. Its now available for iPhones, Android, Symbian, Mac and PC. 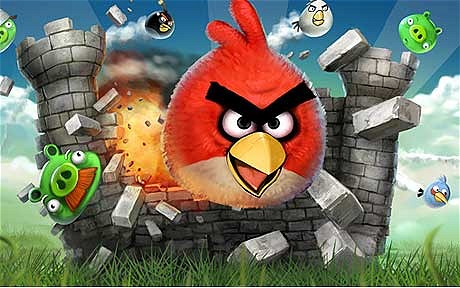 It seems everyone likes Angry Birds these days, why not? Even search engines. Bing has partnered with Angry Birds to gain some attention from the millions of people who have downloaded the game onto their phones. Bing Says that Angry Birds will integrate itself with Bing. Today Bing releases 2 videos of how the pigs plan different ways to get the treasured eggs using Bing. Yes, its quite funny, See those 2 Videos below: