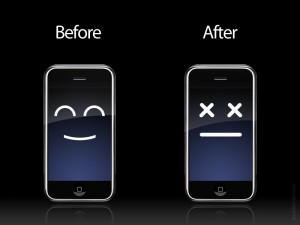 Some iPhone users are reporting that one-off alarms are still not working on the device, despite reports that the New Year alarm bug should fix itself on 3 January.

However, other users said that their alarms were now working correctly after failing to go off on 1 and 2 January.

9To5Mac reported over the weekend that the problem would right itself on 3 January and that it had received reports that the bug was occurring on older versions of iOS such as 4.0.2, as well as on the most recent version, 4.2.1.

Twitter was this morning flooded with tweets from both angry and relieved iPhone users.

“The #alarm on my #iphone still didn’t work this morning. Did anyone else have the same problem?” said Twitter member @ruthbanks.

“My iPhone alarm worked fine this morning. Got up, showered, dressed, caught the bus to work. Then remembered it’s a holiday. Doh!” Twitter user @adurdin said.

In the meantime, though, if you want to be 100 percent sure that your iPhone alarm will go off, set it as a recurring alarm, as the problem only occurs with one-off alarms.

As Macworld reported over the weekend, the bug seems to be the opposite of the bug encountered with iPhone alarms back in October, after the clocks went back. Then it was the recurring alarms that failed to go off, with one-off alarms working correctly.