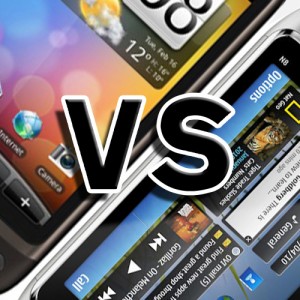 Mobile maker Nokia’s Symbian operating system is on the ropes, its lead being stripped away blow by Android, but if its new boss can make it, they can enjoy some relief.

Stephen Elop, appointed Nokia’s chief executive three months ago, is due to present his plans to arrest the market leader’s decline early next year, and there are siren voices that would have him turn his back on mobile software and focus on handsets.

The runaway success of rival Apple’s iPhone and its online App Store took Nokia by surprise, and while the Finnish firm still makes eight phones for every iPhone sold, for many quarters Apple has generated a bigger profit from its phone business than Nokia.

Following Apple’s footsteps, Google rolled out its open-source Android operating system, which has become the standard for smaller phone makers. On current trends it will surpass Nokia’s old workhorse Symbian in 2011 as the world’s most used mobile OS.

Elop’s personal history — a former Microsoft executive — gave vigour to rumours that Nokia would decide to use Google or Microsoft software in its smartphones.

This week in San Francisco, Android chief Andrew Rubin fuelled speculation further by ducking the question on possible talks with Nokia, while saying its new management was open to new ideas.

Nokia has undoubtedly had a rough time of it this year. Its shares have have fallen 15 percent, while the Stoxx Europe 600 Technology index has gained 13 percent.

It’s entirely possible that by embracing Android its shares could avoid the punches for a while and rise a little; the company’s costs would fall and it would enjoy the effects of moving with the newcomer’s momentum instead of fighting to preserve a shrinking corner.

For his part, Elop said in October that using external software was an unlikely step.

Not just unlikely, but unwise, say others.

To avoid becoming just a hardware manufacturer, Nokia is redoubling its efforts to develop its new open source smartphone platform MeeGo into a formidable rival to iPhone and Android.

Earlier this year Nokia and Intel, the world’s largest semiconductor firm, merged their mobile Linux versions into MeeGo, which has reached consumers through one small tablet manufacturer, but Nokia delayed its rollout into 2011.

In October Elop dropped Symbian into the background of Nokia’s software strategy, and all Nokia phones software will be developed with cross-platform Qt technology.