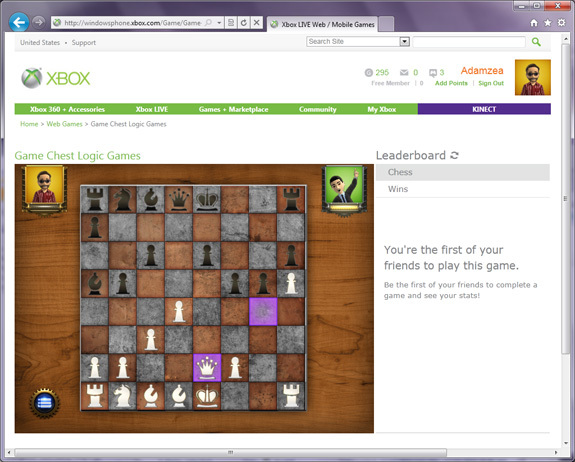 Microsoft has been pushing the gaming powers to Windows Phone 7 devices since day one. But until now, one crucial link has been missing – multiplayer gaming between a Windows Phone and a PC.

That link has now been bridged, albeit in a relatively uninteresting manner, by “Game Chest: Logic Games“, a US$2.99 app that allows for turn-based chess matches between a PC and a Windows Phone device. After sending an invitation to an opponent via email, the PC user can play via a web interface.

Gaming via Xbox LIVE has long been a cornerstone of Microsoft’s mobile strategy and the company has indicated that Windows Phone vs. Xbox 360 gaming is on the cards at some point in the future. As far back as December 2009, Microsoft demonstrated cross-platform games that work across Windows, Windows Phone 7 and the Xbox 360 with the user’s gaming session maintained between all three platforms.