Sneak Peak features of the iPhone 5S and iPhone 5C

Apple Claims that iPhone 5C, C stands for Cheap. But in another word it also stands for colors. iPhone 5C made with colorful fragile plastic, Even though it is made around a steel-reinforced frame that also acts as an antenna. People who love colors switch to the iPhone 5C. Apple made the dream true by make price as much low and take the technology to hooks and corners of the world. Finally there is a lots of  chance to increase the apple fan base as it announce the price of iPhone 5c. The pricing of iPhone 5C 16 gb phone will be only $99 and the 32 GB will be $199 in two years contact. The factory unlocked phone nearly cost 16GB – $549 and 32Gb-$649. Even it cannot be said as cheap in some countries, May we call ‘C’ in the off contract iPhone 5C as only “Colors”. Colorful models resembles Lumia. Even Nokia tweeted that; 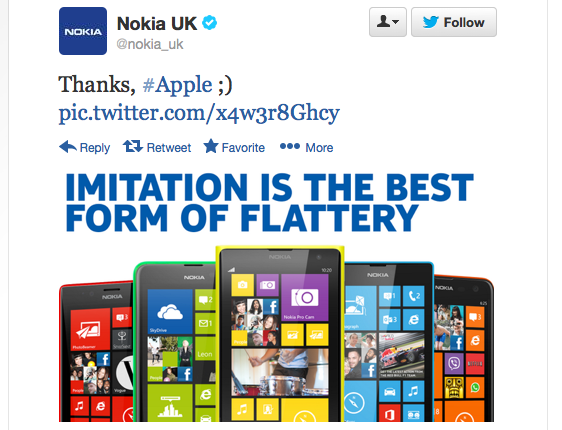 Lets back to topic, iPhone 5C comes with iOS7 the latest OS for iPhone. Some of apps like iWork, iPhoto are made as default along with the OS, means that it’s free it as also a real treat for the iOS users. Before that it cost nearly $10 each app, now its totally free in upcoming iOS 7, Really a great move by Apple. Philip W. Schiller, Apple’s marketing chief, discussed the iPhone 5C’s color options available in 5 Colors Blue, Green, Red, White and Yellow.

After seeing the pricing nobody will rise the question about the features of the iPhone 5C. Yes,Really iPhone 5C is a colorful budget phone but on Contract. iPhone 5C will be in the hand along side of the iPhone 5S around September 20 in USA, Australia, Canada, China, France, Germany, Japan, Singapore and UK and in December iPhone 5C  will available in rest of the countries. Pre-Order of iPhone 5C starts in 13th of September. iPhone 5C casing are available in plastic lot of you may have a question what happen to your iPhone 5C  if the case broken. Apple has the answers for that too, They launched iPhone cases for iPhone 5C and it cost $29 each.

Battery : Talk time up to 10 hours in LTE

Compromising most of the rumors apples, top level iPhone 5S comes with the unique feature of Finger print recognizer along with the A7 64 bit processor. iPhone 5S is the worlds first 64 bit processor smart phone. Along with these pioneer things it added dual LED flash with iSight camera which also takes the iPhone 5S ahead among the existing crowd. Apples iPhones 5S team worked hard to make the 5S to fit with in hand along with all its features. At the end they succeed in that, yes they create a apple iPhone 5S as incredibly thin, light weighted and power packed smart phone. Sure iPhone will make a heavy combat with the existing extra large screened android phones.

Even both the 5C and the 5S have the same iOS7 but iPhone 5S make its mark over 5C in various aspects like Durability, Performance, Architecture, and Finger print recognizing in home button which add more security and standard mark to it. iPhone 5S have plenty of new features, Software and hardware which boost the speed and performance of the device. Apart from the advanced options it only available in Black Slate and Silver, Ho god ! wait, Just I forgot the thing its also presented in royal Gold color casing. May this new Gold color casing change the view over iPhone and make the difference among the existing iPhone users.

Additional to its 64 bit A7 processor iPhone 5S have a additional M7 co-processor for motion control who takes care of Compass, Geo-location, Gyroscope and so on. Specification and features makes the iPhone 5S much better and powerful smart phone among the existing smart phone market.

iSight Camera in the iphone 5S designed with perfect software and hardware, with the help of this perfect combination iPhone recognize the best settings to take picture and also recognize face in the frame automatically. iPhone 5S camera is 1.5-micron pixels on sensor, still 8 megapixels, sensor 15 percent larger than iPhone 5’s. May the developer thought that its easy to teach the iPhone that how to take perfect picture rather than teach the people. iSight camera is very much special as it correct 33% more light by itself through the larger censor, Correct the skin tone, having the faster Focusing speed, image stabilization along with the HD video Recording. New burst mode which allows user to take 10fps per second, also Slo-Mo (Slow motion) technology is inbuilt and it can take 720P HD with 120fps. There are lots of features are available with the iPhone 5S. 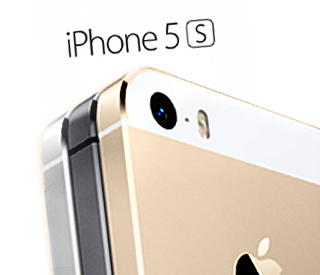 Battery : Talk time up to 10 hours in LTE

Another mile stone added to the apple product list along with unique features. Both 5C and the 5S have its own uniqueness. Most of the peoples think the letter ‘C’ in the 5C as “Cheap” but actually its iPhone 5 Color. These iPhone models will make its presence over the crowd of android users as the both having iOS7 especially iPhone 5S uses the 64 bit architecture. These two models must make impression over the apple fans.

Lets us know your opinions via comments.

Share it in the social media along with your friends and Drop your valuable reviews in the comment section.