Maybe the most successful and pleasant iPhone games are those that make you pleasure even after a few months. The criteria used to classify those games are not necessarily connected with the popularity of those games, but on the dependency that can be produced by those games. If you come back to a game for the second, third and fourth time, we can say that you have a good game in your hands. 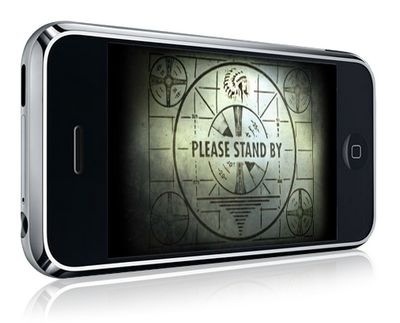 10. Falldown is a simple game that begins with a ball that has to pass different floors while falling, in an alternating rhythm. Considering the bonuses, and other objects you might touch, the main ball might become transparent, and also immune to the respective floors.

9. Railroad madness is a game that represents a huge success for the passionate of this gender. You can set different speeds, on different itineraries, and you will have to take care of accidents also. Once you understand how it works, you will have to buy the full version, but the prices are good.

8. Mega Jump is a game with nice audio effects, noisy, but happy. You will have to climb the coins, to accumulate points, and you can also find magnets and other accessories that will help you to gain the needed speed. You can also share the game with others; therefore, it is a good idea to play it just to compare your score with others.

7. Super World Adventures is a game that will surely be liked by the fans of the old Super Mario.

6. You might think that Angry Birds deserves the first place in this top. However, as it is already passed over the first youth, and the versions appeared after are not that great, we can say that this game needs a fresh new concept to become what it was once.

5. Air Penguin is a game in which a penguin has to gather fishes, traveling on the back of a turtle, or jumping from iceberg to iceberg. What is really special about the game is the way the penguin is controlled, by inclining the phone in the direction where you want the penguin to advance.

4. Asphalt 5 is a game that is captivating especially with the graphics. For the lovers of car games, it will be a true revelation. Gameloft really exploits the retina display feature, making this game remarkable with the superior quality of the images. The game is pleasant and stable, and we are talking about a spectacular game that excels with audio and video effects.

3. Water Slide is a game that might determine you to buy an iPhone. The game is pretty simple, and it means for you to slide on a huge slide, by inclining the phone in the desired direction. Although some people might think it is boring, it is the simplicity that gives it the charm.

2. TRISM is a game that can’t be found free, but it is worth it to pay the money. The principle of the game is to move three elements together to score as much as possible.

1. Backbery Story is the game with a common graphic, and even if the concept is not so original, as it was borrowed from other games with the same thematic, it is pleasant because it offers a large number of features.