Why Design and User Experience Triumph

I’ve come to the realization that, no matter what services or resources your online company offers, design and user experience trump all. Particularly for the rising number of mobile users, intuitive ease of use and aesthetic appeal just might be enough to pull a start-up off the ground. Of course, you have to have a strong or practical concept, and programming errors and glitches should be reduced to an absolute minimum. However, without a great design and user experience, a practical concept and crisp programming simply are not enough. 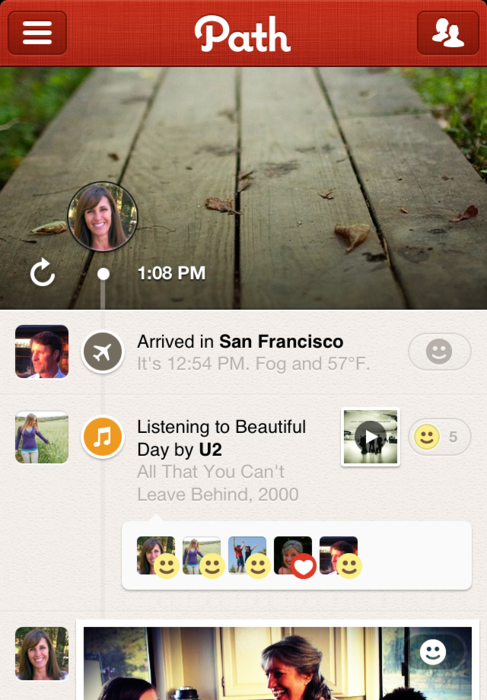 Ever since Path’s first launch, people were skeptical. Do we really need another social network? Why all the limitations, such as only 50 friends and only being able to share photos taken through the app?

Granted, Path had a lot of the right ideas. I liked the idea of a close-knit micro-sharing network where photos and places actually matter because they are from people you know and want to hear about. The reason people tend to post less every-day photos in Facebook is because it’s annoying. Most people on Facebook are stationary and at a computer, and they could care less about whether you just got into a nice restaurant. But the fact that Path is restricted both in network size and in medium (mobile devices only) makes sharing photos and places actually matter.

Path’s redesign occurred about a year after it’s launch. A few things have changed, such as offering more sharing options beyond posting pictures. The app now includes posting check-ins, music, random thoughts, people you’re with, and (oddly enough) bedtimes. Also, Path now allows you to cross-post to Facebook or Twitter. This added functionality definitely helped the app pick up speed, but essentially it doesn’t really offer any more functionality than Facebook.

The real inertia that came from this update and has helped propel the app forward is the design and user interface. Most notably, Path has made it extremely easy and pleasant to send updates to your network. First off, all of the menu interface takes place at the bottom of the screen; while this may seem counter intuitive, it actually makes using this app an absolute breeze on your phone. You hit the plus button in the bottom left corner, and an row of icons representing sharing options shuffle into an arch in that corner. Once in the sharing interface, it is easy to include people to your status and cross-post to other social media.

The fact that this app is so much easier to use than Facebook Mobile for sharing from your phone makes this app the success that it is. In fact, I don’t update my Facebook statuses anymore from my phone. I just cross-post to Facebook from Path because the experience is simply easier and more pleasant. Although, even without the cross-posting to other networks, I would still use Path if not for the ease of use and beautiful design alone. The cross-posting capability is just an added bonus. Were it not for the amazing design and intuitive interface, I probably would just not use Path at all.

This is a guest post by Jane Smith from background check. She is a Houston based freelance writer and blogger. Questions and comments can be sent to: janesmth161 @ gmail.com