This is a guest post by Kate. If you want to guest post on this blog, check out the guidelines here. 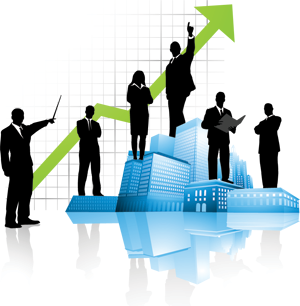 Since my website is new and I do not have much idea about how these affiliate programs actually work, I surfed the internet and got to know about Chitika and I like what I read and I was sure that this was the affiliate programme that best suited me so I joined it. My first days earning was a paltry sum, not even a dollar, to be price. But with the passage of time, there was an increase in the influx of cash and the collection at the end of the third day was close to $35. It did feel good as I was making money without any hard work and that is what all of us want at the end of the day.

The Chitika affiliate program seems to be much better than Google Adsense, but it is too eary to say anything in the first month, so I waited for time to go by before I passed a verdict on Chitika.

Auditing of clicks by chitika

This is something that I was unaware of, but got to understand it by the end of the first month. Chitika audits the number of clicks at the end of the month and any false clicks that it detects are disqualified and you do not get paid for them, hence the actual payment is slightly lower than the earnings that are displayed to you. But this will not harm you earnings in any way as the deduction the money is negligible.

That was the most basic form of earning with Chitika and that gets me quite a lot at the end of the month. But this is not all as there are individual ad sales that will help you to bring in the moolah as well. With this I ended up selling a couple of advertisments to an individual ad purchaser. There is nothing wrong in doing so, but you must be careful about the person to whom you are selling the ad and is it proper to have the advertisement on your site. This ad selling tactic worked for me and I was paid a rich sum by PayPal a short while after the deal was struck.

Thus, at the end of it all when I subtract all the expenses that I had to incur during the process, I reached the $500 figure and that is quite a sum, keeping in mind that the hardwork was almost nil. This is how I made $500 every month with the Chitika Affiliate programme and I strongly recommend this to all those you are looking for a trustworthy and well paying affiliate program.

This is guest post from David. He is a professional website builder and writes about technology, social media marketing and internet marketing.