This is a guest post by Joe Pawlikowski. If you want to guest post on this blog, check out the guidelines here.

It’s hard to believe, but the Android platform has only existed, as we know it, for three years now. It was October 2008 when the first major Android phone hit the market. That feels like a lifetime ago. Since then the Android platform has developed at a blinding pace, and has surpassed the iPhone in smartphone market share. That’s a pretty big accomplishment, considering Apple had released two iPhones before Android released a single handset. 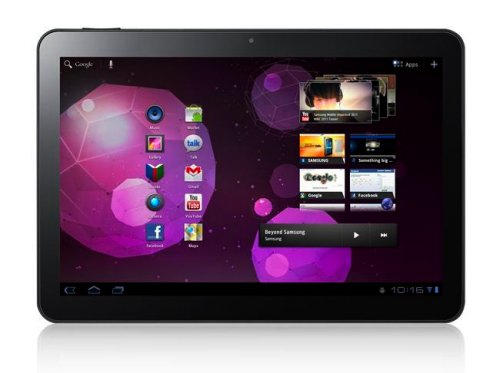 Now Android and Apple are doing battle in a different realm. They’re similar, sure, but the stakes could be even bigger. Tablets have become hot products lately. As they did with the iPhone and smartphones, Apple set the market for tablets with the iPad. That market boomed earlier this year when Apple released its follow-up, the iPad 2. This time, however, Android was around to release competing tablets before Apple could get out that second device. But the timeline remains the same.

In late 2010 Samsung released what was supposed to be the first competitive, big-brand Android tablet with the Galaxy Tab. On the exterior it looked impressive. While the Android OS hadn’t yet been optimized for tablets, there were a few adaptations that allowed most Android apps to run on the larger screen. But the lack of a dedicated OS ended up hurting Android, just as having an underdeveloped OS hurt them in 2008. And so the Galaxy Tab became a notable flop.

As Android smartphones worked through their first year, we saw a few supposedly exciting releases. HTC released the Hero, which, with its Sense UI, might have made a difference. But it went by mostly unnoticed. Apple, meanwhile, released the iPhone 3GS to much fanfare. It created an even larger gap between Android and iPhone. Similarly, a few hyped Android tablets came out in early 2011 — the Motorola Xoom was the most hyped — but they failed. The iPad 2 got all the attention, and it has completely dominated the tablet market.

It wasn’t until November, 2009 that Android got its first big push. Working with Verizon Wireless, at the time the US’s No. 1 cellular carrier, Motorola released the Droid. There was a heavy marketing campaign touting all of the things that “Droid Does” that iPhone didn’t. That helped push tons of units out the door and finally put Android on the map. In 2010 a number of other impressive Android handsets hit the market, but most notably a number of quality but affordable ones did, too. That helped expand Android’s reach.

Does Android have another Motorola Droid up its sleeve? There look to be some promising Android tablets coming out now, for sure. There is the Kindle Fire by Amazon and the NOOK Tablet by Barnes & Nobile, but they’re both flawed. While they’ll sell well inside the US, 1) they probably won’t sell well, if at all, in international markets, and 2) they’re more proprietary tablets than Android tablets. That is, while they run Android, they’re branded and controlled by Amazon and Barnes & Noble. They will not suffice as legitimate Android tablets, though they will certainly be among the most affordable ones on the market.

There is much redemption in the Samsung Galaxy Tab 10.1. It succeeds in almost every place that the original Galaxy Tab failed. Unfortunately, this seems to be more akin to the Nexus One than the Droid. The Nexus One was by far the most powerful Android smartphone when Google released it in December, 2009. It was on par with, if not superior to, the iPhone 3GS in terms of technical capabilities. But it didn’t sell well, because the marketing wasn’t there.

That isn’t to say that the marketing isn’t all there for the Galaxy Tab. T-Mobile just picked it up, and they’re doing plenty to push it out doors. They’re even offering a low down payment with payment plan, to help ease the burden of a high up-front cost. But there just isn’t that hype that there was with the Droid. That makes it difficult to believe that Android tablets will make that big push next year and catch the iPad, as Android smartphones caught the iPhone in 2010.

Then again, there is always the price factor. Chances are the NOOK Tablet and the Kindle Fire will outsell all other Android tablets in the fourth quarter. That could send a signal to manufacturers that there is one surefire way to compete with Apple: on price. That could create a market for mid-range Android tablets, just as there was a market for mid-range Android smartphones starting in 2010. In other words, affordability could make the big difference in the tablet wars.

While Android does have a few solid tablets to offer, it doesn’t seem like they have that one big tablet that will push them through like the Motorola Droid did for smartphones. That doesn’t mean the cause is lost, though. Android has a number of advantages over Apple, and chances are we’ll see cheaper and better tablets in the coming year. That might not make for a parallel story, but it could still mean success for Android tablets.

Joe Pawlikowski is the editor of AndGeeks.com, a site that helps uncover the hidden gems of Android.