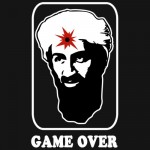 All we know US Navy SEAL Team Six killed World famous terrorist OSAMA BIN LADEN on May 2, 2011. such a way Kuma Games has released an update of the game Kuma War 2, which is a game have playable of real events in the war of Terror. Now Gamers can kill Osama Bin Laden like US Navy SEAL Team.

The update of the game, which is played only in online multiplayer mode, no single player mode is available for this update, Episode number 107 update. Its doesn’t have to best graphics and more realistic, still Kuma Games in research in creating updates for this game.

After months of surveillance and growing amounts of Intel, 79 Navy SEALs aboard two US Black Hawks and two more Chinooks cross into Pakistan under the cloak of darkness. The commandos quickly breech a secret compound, one designed for defense and manned by al Qaeda killers. In forty minutes and a rain of hot lead, a decades-long, worldwide manhunt for Osama Bin Laden will be ended… by you.

In this update of this game, Kuma Games has recreated a map based on the assault on bin Laden’s Abbottabad, Pakistan compound. Game objectives are Killing bin laden and recovering the body.