Home  »  General • Softwares   »   Internet Explorer 9, what it feels like actually

Internet Explorer 9, Microsoft’s most ambitious project till date has been released. And IE fans were quite excited as well many of them are satisfied with what Microsoft rolled out for them but some weren’t. I downloaded it the same moment it was up on the Microsoft servers. OK, and i won’t be taking sides and lets see what does IE9 has for you. Without any further ado, lets start.

It looks good, i mean better than it’s elders but not as much good as Chrome, Opera or any other. But still it’s an improvement. 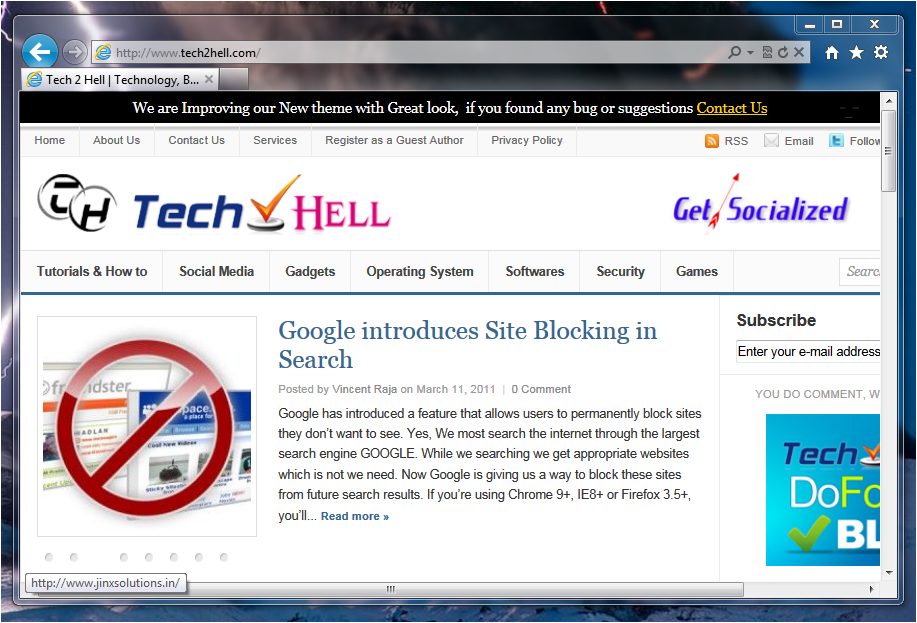 Stability, um, it’s not stable, before i used to think that only Google Chrome’s final releases had bugs, i was wrong. IE9 definately has bugs looks like the devs at Microsoft were in a hurry to Release it.

The “trademarked” Microsoft Clear Type in IE9 sucks big time. The font looks blurry and you’ll feel a lots of difference if you were using another browser from the beginning.

Now, enough of negatives, let’s talk about whats good in the all new IE9.

First off all, it’s totally different and this will definately save the Microsoft’s share in the browser war going on to an extent. Many IE fanboys (& girls) are admiring as the best of the best browser ever made.

The HTML5 & the new JavaScript engine called the “Chakra”. This is certainly an improvement. You’ll fell the IE9 is a lot more lighter than it’s elder, which is good. It handles all the System resources well and manages to survive if many tabs are opened at the same time.

Enough? No? Want to know more? Alright here download from here And experience the Beauty Of The Web yourself.