If your device is eligible and you need your device to run in Android 7.1 developer preview, then you can enroll in the Android Beta Program to get the developer preview or you can flash them manually. However, there are some new features introduced in the Nougat 7.1 preview you might know some of them before trying it out.

To access the app shortcuts, you need to do a long press on an app icon for a second and then a menu will appear along with a quick vibration. Then tap any items in the menu to get access to the special function. You can long press on the shortcut menu and be able to drag it around the launcher to create new shortcuts in the launcher for one-tap access. This feature is inspired from the iOS force touch, Apple achieved this using force touch hardware but Android bring through software. 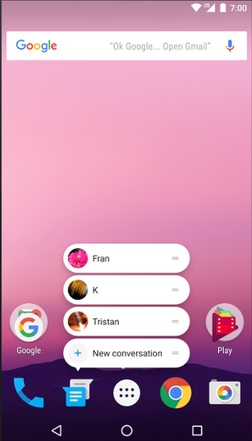 2. Send GIFs directly from the keyboard

How to use it:

In the Google keyboard, you have to open the emoji panel and then either it will be in the first or second tap, that depends on your emoji use, even though the GIF button is small and blurred, you can easily spot it at the bottom of the screen. 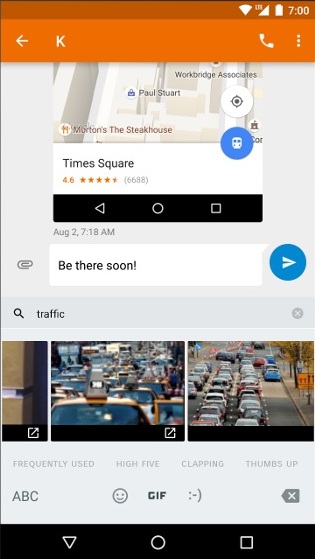 For years, Android users have been come across with a dialog “ Android is Upgrading” when the operating system (OS) get updates. Update installation stops android users from using their device further until the upgrading process is finished. Finally, those days are coming to an end with Android 7.1 as the upgrading process is now running in a background and it doesn’t restrict the users from using their device.

Even though the upgrade process will be carried silently in the background, user can see the current progress of the installation.

The Nexus device owners have been wondering since last 8 years, why Google is not adding the “Restart “ option in the power menu on their device when the feature is available in the most of the other brands. Seems like it took 8 years for Google to fulfill Nexus device owner’s desire.

Hold down the power button for a couple of seconds and you will see the new Restart option below Power Off.

There is a new storage cleaner feature is available with Nougat 7.1 preview which will make things easier for the users to find the old and unused stuff easily without searching such things manually in the file manager. Now with this feature, you can automate your cleaning process.

What does it do?
It finds the old photos and videos which are older than 30 days, and apps that have not been used in 90 days. But I think this automation process will somewhat bad for the users who have not synced their photos in the Google drive. To pin it out, this feature doesn’t include the cache cleaner feature as the other memory cleaner apps.

How to use it:
Head to Settings > Storage > Menu > Free up space. There you will find three sections Photos and Videos, downloads and Apps. Once you have selected the stuff that you don’t want on your device, it will show how much space will be regained on the bottom of the screen, and you can tap on the button to process.

You’ll also get an option that deletes old photos and videos from your device after they have been synced to the google photos. 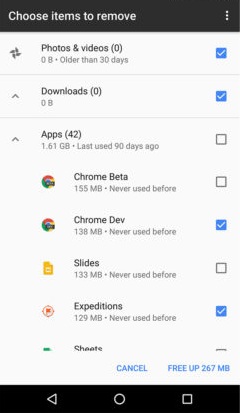 These are the new things added up to the New Android 7.1 Developer preview. Give us your suggestion in our comment section.