Facebook acquired Popular mobile messaging app WhatsApp for $19 billion in cash and stock. $4 billion in cash, $12 billion in Facebook stock and $3 billion in restricted shares. Jan Koum founder of WhatsApp will be joining as Facebook’s board of directors. WhatsApp 5 year old company with 50 employees  made the company excellent growth. Now the 50 employees worth $380 million per person by the startup venture.

Why would Facebook acquire WhatsApp instead of any other messaging app?

WhatsApp is one of the largest popular mobile messaging app and also support to the low end devices like Nokia symbian systems & Java models. WhatsApp comes without any ads unlike other apps which annoys the most people to reject them. WhatsApp is free for one year and we have to renew the services to use. WhatsApp is clean and it doesn’t care about other apps includes various features like calls, games, stickers or whatever. There may a lots of reasons behind the scene, but Zucke  “I’ve known Jan for a long time and I’m excited to partner with him and his team to make the world more open and connected.”

In the deal its clearly stated that Facebook will not make any impact over the WhatsApp application or its services. Your thoughts may now turns towards Facebook Messenger at this moment, without any doubt it also remain as a stand alone application as of now.

WhatsApp in the hands of Facebook will not undergo any major changes even the head office of the WhatsApp also not under go any migrations. 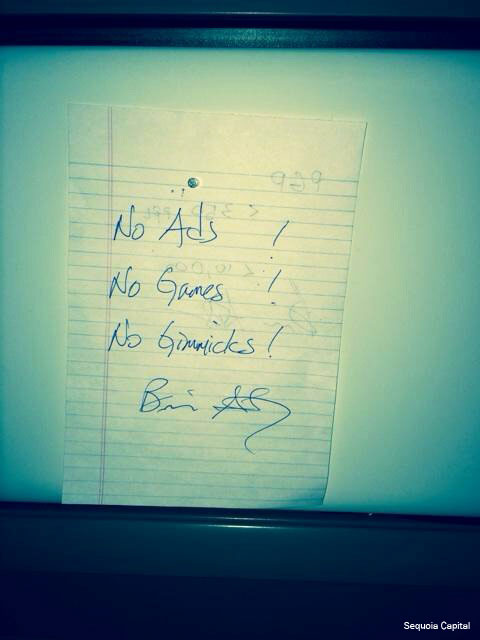 The note on Jan’s desk

Jan’s main motive is not to include any Ads, Games or any marketing Gimmicks. These are the main reason behind the Jan’s success. Lets see what Jan doing before 5 years. Jan tweeted that he was down by Facebook and Twitter. Now he built a startup which is worth of $19 billion and it is really glad to see Facebook acquired a startup which is built by the person they rejected.

Rumours hits the web that WhatsApp going to be free, no more renewal charges but still no word on that from Facebook side. The acquisition has been approved by the both companies and Facebook expects the acquisition deal to close later this year until that exception hilarious and various rumors will hit the web.