Ubuntu on Smartphones – is year 2013’s huge explosion for Canonical, the chief commercial promoter behind Ubuntu Linux operating system. The gigantic names in technology such as Google’s Android, iPhones, Firefox OS and Blackberry and other Smartphone operating system manufacturers may think about another battle in the world of technology after its inception. According to the key person behind Ubuntu, Mark Shuttleworth, this year will be for Ubuntu’s breakthrough into the marketplace. This will finally create a great noise as the newest competitor among Smartphone providers. 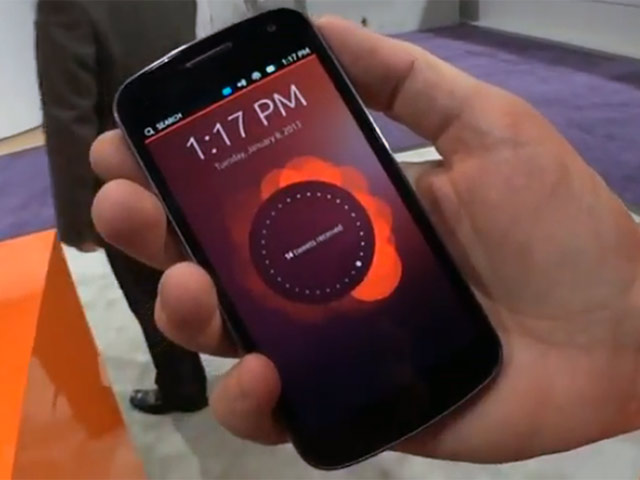 Linux Operating System has been serving many giant technology companies for many years. In fact, the Unix-like operating system in computers is progressing well for the past 8 years and Ubuntu is Linux’s base operating system on laptop and desktop computers which are the company’s pride. Therefore, the concept of the new software’s uniqueness will not be disregarded.The new software of Ubuntu will be compatible with Android smartphones – even though the company had its own Ubuntu phones. Ubuntu-powered smartphones can be as functional as desktop or it can be operated as a desktop when connected to a keyboard, mouse and monitor. Linking a smartphone to a desktop is a big issue and this feature is definitely giving them an edge against their competitors. Mark Shuttleworth, the Canonical founder is not just proud but confident to attain their huge success this year. His main purpose with Ubuntu for smartphones is to extend the same OS that has been used and trusted on different servers, televisions and laptop or desktop computers. Surely, the bare metal smartphone that will soon be released will also bring excitement to smartphone users because of its uniqueness and will surely be patronized by avid technology watchers in this fast-phased industry.

Canonical founder is also assured that the new version of the Operating System will bump into his bright purpose – that is to be beneficial to the smartphone consumers especially for those businesses that are mobile. The new device has a distinctive version in computing functions that will be advantageous for most employees or business owners while on the road or travelling. Shuttleworth also cited in his press release that his company is always visioning to produce exceptional products and it has gained its advantage by reaching out to clever developers over the years. He said that they are the real key people and his source of allies to create a mindful and marketable version of operating system. Additionally, Canonical is hopeful that Ubuntu for Androids on mobile platform will mark the difference despite of the monopoly of Google’s Android, Windows and iOS in the market today. However, its unique special features will definitely capture the consumers. Aside from that, this great news is beneficial for manufacturers because they can use the same specifics in making Ubuntu-powered smartphones as the Android smartphones.

Jane Sibler, the CEO of Canonical cited that she is expecting that the new technology will be launched formally to the market in the next couple of months. Aside from that, Shuttleworth also noted that the company will push through the Ubuntu for Android – even if they are continuously pushing forward Ubuntu phones. In fact, the Ubuntu operating system and its own application can simultaneously tandem with Androids smartphones. Technology savvy individuals are always looking forward to some new features that can be explored and this kind of development is always perceived as a healthy competition in the market place. Another interesting thing to watch is the marketing strategy that Canonical will use to attract buyers. So it’s either a miss or a hit for Linux this year in the eyes of the consumers but for the people behind Ubuntu – they are on their way to hold on to the reality of their greatest year.

Author Bio:
Mackenzie Salis is a freelance writer and an enthusiast advocating for technology awareness through online settings. She is the author of the site: Android Phone Track where you can get more valuable information about spyware for cell phones.