When looking to purchase a tablet, there are several things that you need to consider. We hope to address all of those things in this article, and help you to pick the tablet that is perfect for your needs. In most situations, price is the determining factor, so we’ve considered a host of scenarios and came up with tablets at different price points for you to consider.

I am looking for a really cheap tablet to use for emails, documents and Internet browsing

Essentially, this is what most people are looking for – something to surf the web on and be able to type up emails when needed, but isn’t clunky and slow like a laptop or computer. However, most people will want to see more features than this, but for those that aren’t, we can recommend:

Cheapest option: Kobo Vox – we recommend the Kobo Vox if you are looking for something cheap but useful. It’s not so cheap that it is useless, but for around £150 you can get the Kobo Vox which acts as both an Internet tablet and an eReader. It has email; Facebook and Twitter apps pre-loaded (amongst others) and also has a book market, much like having a Kindle inside your tablet.

More expensive option: ViewSonicViewPad 7 – coming in just slightly more expensive than the Kobo Vox, if you are looking for really basic use of a tablet and are willing to spend around £180 then this may be for you. It is lightweight and portable at just 7” in size, but is likely to freeze if you want to use high performance applications or Internet for prolonged periods of time.

I am looking for something to play games and applications on

There are some users that are looking for a tablet for playing games and using applications. There are two main tablets in this area, and they don’t come too cheap.

iPad 2 – The iPad 2 is unrivalled when it comes to apps, having a huge marketplace which is limited to Apple customers only (in contrast to Android where apps are offered on all devices). Running simultaneous apps is quick and switching between the two is seamless. You can get your hands on an iPad 2 16GB Wi-Fi for just under £400.

Sony Tablet S –Again for around the £400 mark, the Sony Tablet S brings a new twist to playing games on a tablet, integrating PlayStation technology. You can play official PlayStation 3 games on the Tablet S in full HD, and even connect a PS3 controller if you wish (with the right adapter, although plans are in place to do this wirelessly).

I am looking for the best tablet in the market at the moment, what should I choose?

Although the iPad and the iPad 2 have been revolutionary, with the amount of time they have been out, they can’t be considered for the ‘best tablet’ award – although they still are phenomenal.

Samsung Galaxy Tab 10.1 – For slightly cheaper than the Eee Pad Transformer Prime, you could snap up a Galaxy 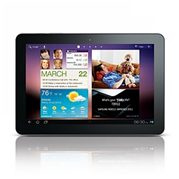 Tab 10.1, which has the speed to run any Android app or Adobe Flash game without any buffering or stalling, and can download applications quickly too. The screen has a high quality display with vivid colours, which is great for all games, films and more. With a front-facing and rear-facing camera, you can chat on video calls and also take pictures wherever you go. The 10.1” inches is slightly larger than the popular iPad 2, making it easy to use for all.

This is a guest article written by Luke Jordan who works for GearZap.com. GearZap are recommended for all electrical accessories including a Samsung Galaxy Note case and a Galaxy Tab 10.1 case.