We want you to be able to access Twitter no matter where you are; regardless of what device you use; or, whether you prefer to access Twitter through a mobile application or the browser. Today, we’re starting to roll out a new version of twitter.com for mobile devices. This web app allows us to provide a high-quality and consistent Twitter experience on high-end touchscreen devices – whether or not an official Twitter application is available. It was built from the ground up for smartphones and tablets, which have more advanced browsers that support the latest web technologies, including HTML5. 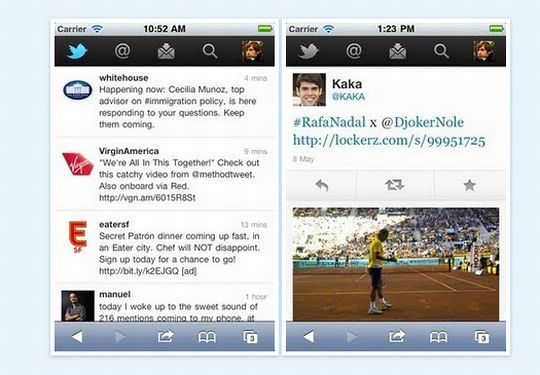 and also it says that they are releasing to small percentage of users on iPhone, iPod Touch and Android smartphones. In future they will rolling it out for all of the users in coming weeks. You can use New Twitter mobile website by going to twitter.com. if you don’t see new web site then you are still in old one, just wait for few weeks to get the new website of Twitter Mobile.